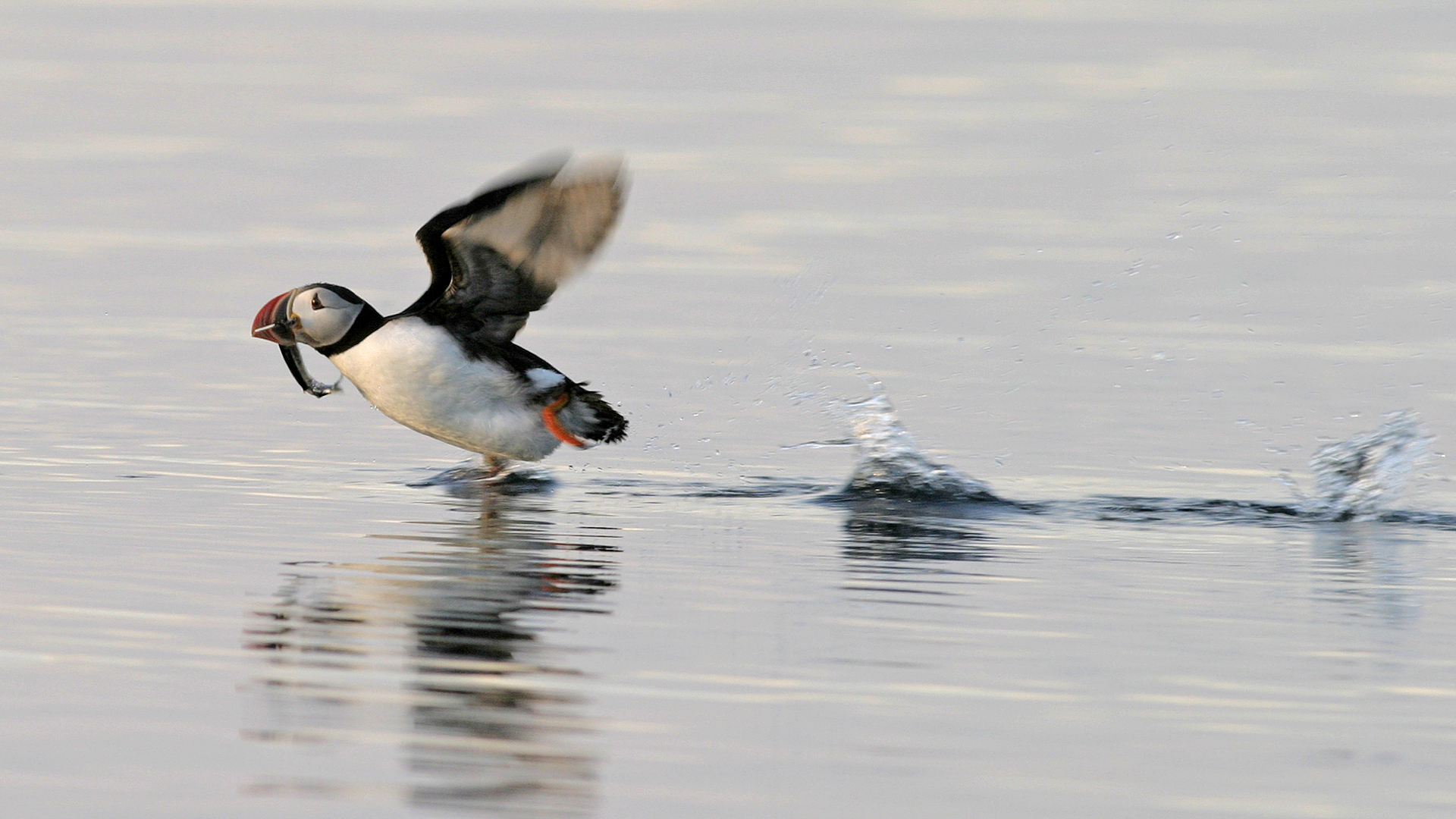 Two thirds of the year at sea

The Atlantic Puffin (Fratercula arctica) is a seabird, adapted to life within the marine environment. There are four different groups of seabirds : 1) Gulls, terns and auks, 2) Penguins, 3) Petrels (albatrosses, petrels, shearwaters) and 4) Pelicans (includes boobies, gannets, cormorants). The puffin is a member of the auk family.

Adapted for life on the water

Puffins feed mostly on small fish and Zooplankton by diving for their prey, propelling themselves through the water using their wings. Their upper mandible has little spikes pointing backward, which when compressed by the tongue from below holds the prey in the bill, but still allows the puffin to catch more prey without losing the previously caught prey items. This allows them to carry multiple food items back to their chicks, with the average catch being approximately 10 fish per trip.

Puffins and all Auk wing anatomy is a compromise for flying in both air and sea. They have small wings for their body mass, and to produce enough lift to remain airborne they need to fly very fast or around 80 km/h. Underwater they use their wing half “subtracted” to minimize their size further and lessen drag. Their streamlined body and short tail enables them to move quickly through the water, and their webbed feet are placed at the back of the body to act as a rudder.Their feathers are dense and heavy and provide good insulation. Their skeleton is made for diving and protects their organs from underwater pressure. Unlike most birds who have air filled bones to make flight easier, the puffin has heavy bones serving as a ballast. Their lungs are large and their rib cage flexible allowing them to easily breathe in a lot of oxygen before diving. Puffins can dive to a depth of 60 meters and can stay underwater for up to one minute.

The Atlantic Puffin is an endangered species in Iceland, in Europe and globally.