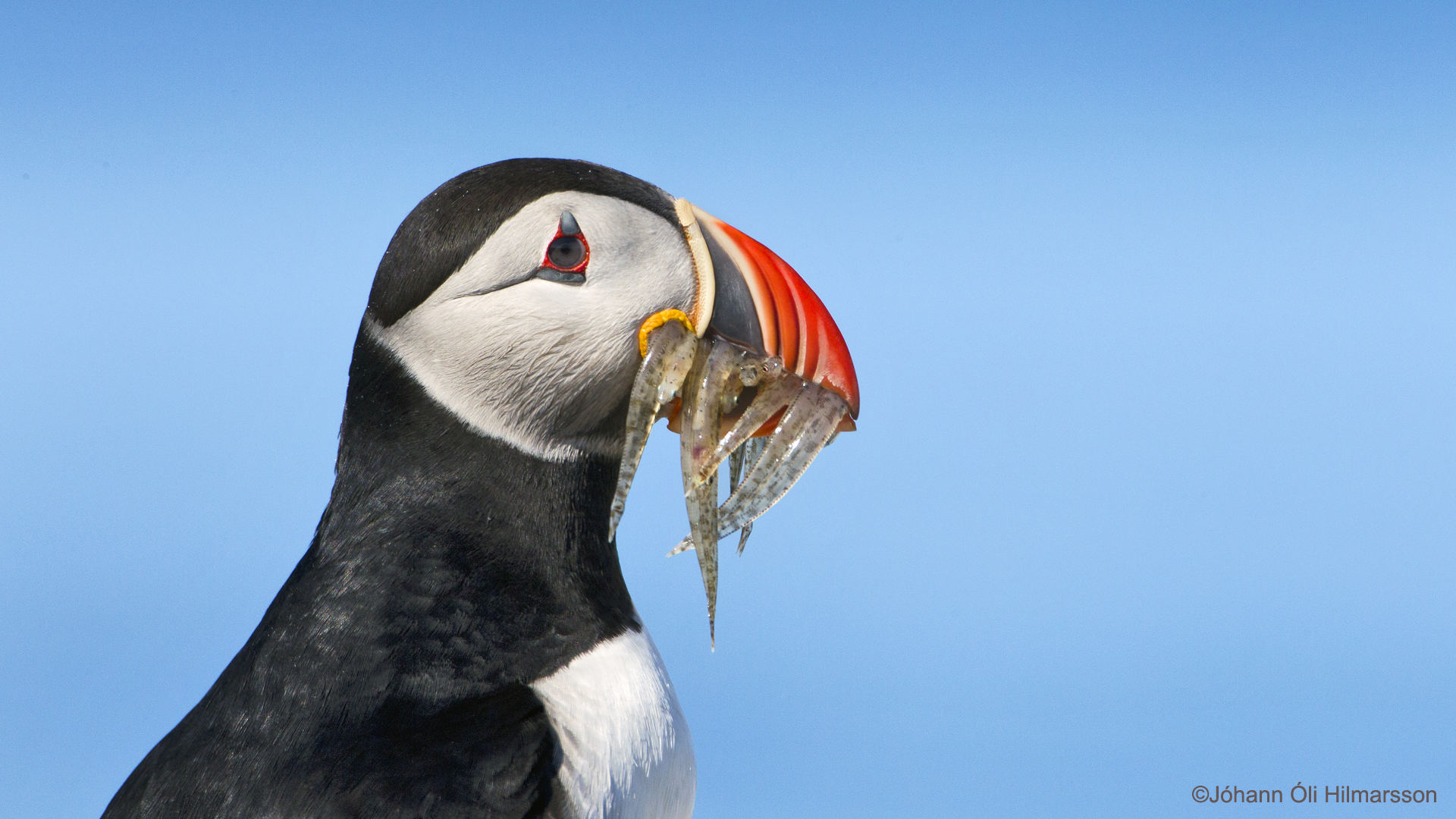 Puffins are sadly in decline, and climate change appears to be the primary cause, both in Iceland and around the world. Rising sea temperatures are already disrupting food chains by altering the distribution and numbers of small fish that make up a puffin’s diet, such as sand eel, herring and capelin.

Adults must now fly further from the colony in order to find enough food to feed their young, which uses up a lot of energy, and when they do find food they are resorting to prey with a lower energy content than their usual prey. This causes many adults to skip breeding and reduces the survival rate of the chicks that are born. As a result puffin numbers are declining.

Another symptom of climate change is the increase in stormy conditions that puffins are encountering during their winter months at sea. These conditions make it more difficult for them to feed, and have resulted in increasing instances of seabird “wrecks” in which large numbers of dead birds wash ashore, presumably as a result of starvation.

In addition to climate change puffins are also facing a range of other man-made threats. Overfishing is contributing to the shortage of food availability for seabirds such as puffins; oil pollution affects the natural waterproofing of their feathers; and introduced species such as mink will feed on seabird eggs and young, all of which is contributing to puffin declines.

The Ecology of the Atlantic Puffin has them struggling to survive, only laying one egg a year and facing food shortage.