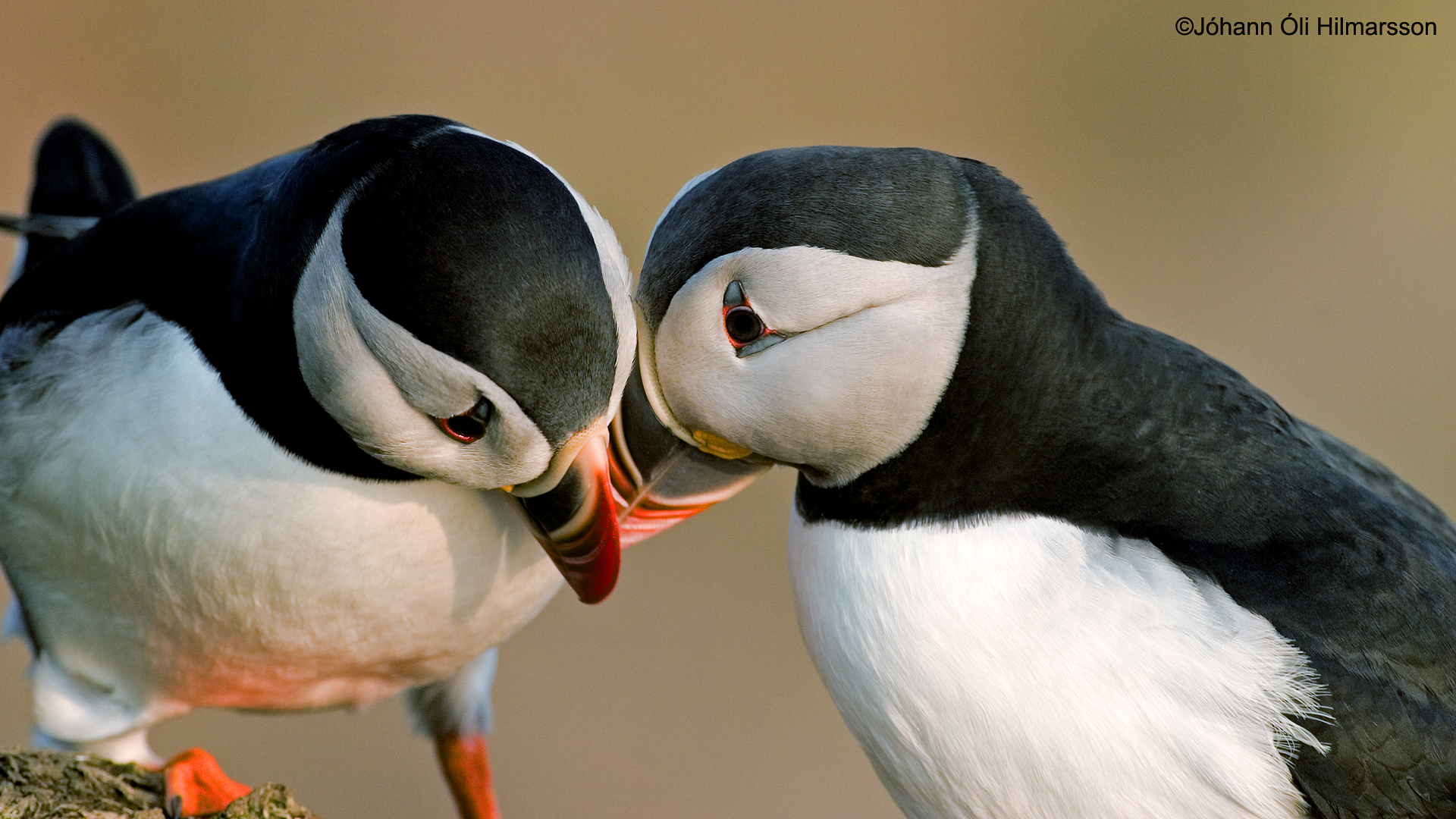 Most Icelandic Puffins start breeding between five and six years old, and mean life expectancy is about 12 years, but the maximum age record is 39 years. After mating puffins are mostly monogamous for life, returning to the same colony and same nesting burrow every year. Male and female puffins look similar, although males are slightly larger and heavier than the females.

Puffins lay just one egg each year. Puffins nest in large colonies, usually located on islands. At the colony the male uses their feet and bill to dig a burrow in the soil on average about 1.2 meter long, and normally curved. Both parents share incubation of the egg and, at a later stage, feeding the chick. The nest is near the end of the burrow with some grass and occasional feathers. The egg hatches after 42 days of incubation. The parents feed the chick until it rejects food when it is about ready to fledge, normally around 42 day old. When food shortages delay the growth of the chick this can prolong the time to up to 75 days (nearly double).

We’re all familiar with the puffin’s trademark multicoloured beak. However the puffin’s bill also reflects UV light which the puffins do see but humans don’t, adding to the effect. However they only have the brightly coloured beak during the summer. In winter puffins shed their colourful outer bills, leaving smaller, pointier and dark bill behind. The colourful bill outer parts re-grow in time for the next breeding season. So the puffins “dress up” for their mate.

Seabirds such as gulls and Arctic Skuas steal fish from Puffin parents as they carry it back to their burrows, while Great Skuas and Great Black-backed gulls directly prey on puffins, as locally do Gyrfalcons and White-tailed Eagles.

Puffins are vulnerable to invasive mammalian predators such as the American mink which will take puffin eggs and chicks. The mink was imported to Iceland in the 1930’s for fur farming, but soon escaped and colonized the whole country in four decades.

The Puffin has adapted to life at sea where it spends eight months of every year, only dwelling on land to breed.