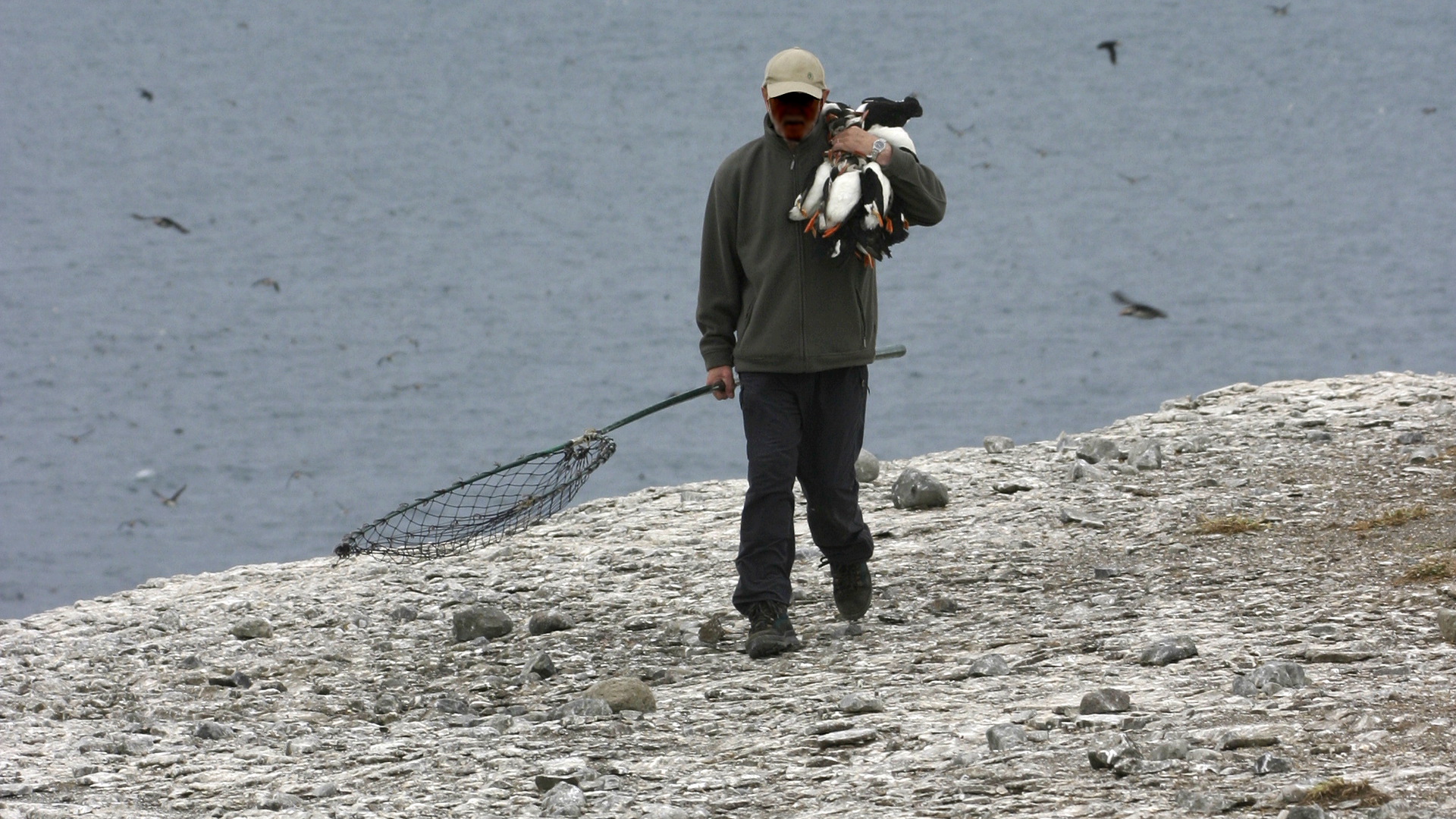 Hunting is legal in Iceland

In general all wild birds in Iceland are protected by law (no. 64/1994). However 29 species are exempt from this general rule, and can be hunted during a hunting season of fixed duration.

Virtually all Atlantic Puffin hunting in Iceland is by polenets during hunting season which is from 1. July until 15. August, but the landowners have the authority to either permit or forbid hunting on their land. Hunting has been a feature of Icelandic culture since settlement. The tradition lives on to the present day.

Puffin on the menu

You might ask: “Why are the puffins being hunted?” Traditionally puffin has been eaten both smoked and raw. When puffin numbers were bountiful it was most commonly found on the menu in the Westman Islands where it was eaten as a delicacy starter dish when in season. However, puffins have not been hunted in the Westman Islands for several years now.

You will, however, find puffin on the menu of several restaurants offering fine dining in Reykjavík. The tourism boom in Iceland has provided demand and sadly, there is supply.

Climate change a factor in decline

Climate change, hunting and other man-made threats are all something these intriguing birds are facing.